This Video shows the build of a Homemade Compact “”Counter-Top” Water Distiller which literally cost me nothing to make.It’s made with items commonly found around the home, so for many people, it’s free to make.This Unit Makes Water Fast!.The TDS (total dissolved solids) in the water used was 575-638 ppm. The unit will purify just about any dirty water and works great for converting saltwater to freshwater.No electric power? use propane stoves, rocket-stoves, campfires, parabolic dishes… anything to get the water boiling.Only use Heavy Duty foil for the trough and make trough as smooth as possible for the best water flow. cooling the “condenser bowl” with cold cloths increases water production dramatically. 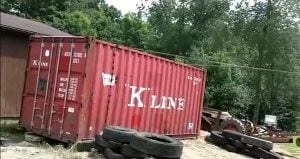 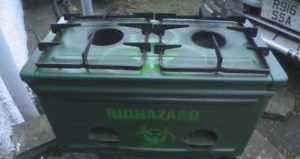 Dec 11, 2015
This video shows the build of a river pump  that you can use to pump water from a nearby river or creek anywhere you...

Cool DIY Video: How to build a Window Attached Solar heater that gives “FREE HEAT” all winter and acts as Solar Oven as Well !

DIY Video : How to Dig a Shallow Well from Scratch.Step by step Video Instructions

How to build a Dirt Cheap Waste oil Barrel Heater .Easy to make and also doubles as a cooker

DIY Video : How to heat your Garage for FREE by building a Super Insulated Radiant Floor Solar Thermal Water Heating System from Start to finish

DIY Video : How to convert FREE JUNK into a Homemade Exercise Bike Generator