This project goes into the build of a homemade DIY Water distiller that can purify dirty and contaminated water and desalinate saltwater into clean drinking water. The total cost of this build is about sixty dollars. For distilling water, you need three things – water, a source of heat, and some sort of apparatus that will allow water to boil into steam and then recollect that steam, condensing it back into usable water. A water distiller basically needs to do two things, it needs to boil water to create steam, and it needs to capture that steam in a way that allows it to condense back into the water. The materials you need to build this distiller are six-quart stainless steel pressure cooker, 20-foot-three-eighth-inch copper tubing, two-gallon bucket, a jb weld, zip ties, a flat bar, five sixteenth inch silicon tubing, and mason jar. The next step is to boil the contaminated water in a tea kettle or a pressure cooker. Here we use a six-quart stainless steel pressure cooker. Since the boiling water must be directed to the condenser, something with a sealed lid of some sort is needed. The existing pressure valve of the cooker is removed and replaced with a barbed fitting.A small rubber O ring gasket is used to tighten the new fitting. The next step is to make the condenser. The purpose of a condenser is to give steam the opportunity to cool back down enough so that it turns back into liquid water. The condenser is built using a 20-foot-three-eighth-inch copper tubing. This is reformed into a tighter and taller coil such it will fit into a two-gallon bucket. STEP 4  : CONNECTING THE U SHAPED SUPPORT

Because it needs some sort of support to avoid having the coil collapse under its own weight, a flat bar bent into a U shape is placed under the coil. A small cross piece is attached to it at the bottom using a JB weld. The coil is attached to the punched bar with some zip ties. STEP 5 : MAKING  HOLE FOR THE DRAINAGE

A hole is drilled near the bottom of the bucket to allow the copper tube to drain out the condensed water. The coil is placed inside the bucket carefully and the tail end of the coil is pushed into the drain hole. When distilling water, cooling the steam back down is very important. The coil itself will cool some of that down. But that alone isn’t enough at this scale. It will end up losing a lot of steam through the bottom of the condenser because not all of it has been able to cool and condense by the time it reaches the bottom. An efficient way is to add a cooling element to the condenser. Filling the bucket with ice water will increase the efficiency and water output by a lot because it will cool the copper tubing much more than air alone. Doing so had an immediate effect and all of the escaping steam condensed instantly to liquid water. By periodically adding cold water through the distillation process, it practically eliminated all of the steam waste coming out of the condenser. The gap around the copper tube where the hole is drilled is not sealed. This is because of two reasons. The first is being able to easily remove the condenser from the bucket for cleaning and maintenance. The second reason being it acts as a drain. The boiling steam causes the copper tubing to get very hot. Because of this, it heats up the cool water very quickly and this drain makes it convenient in that the water will drain out before it gets to that point. In a survival situation, set the condenser over a larger bucket to collect and reuse the cooling water as it drained out and not simply let it go to waste. 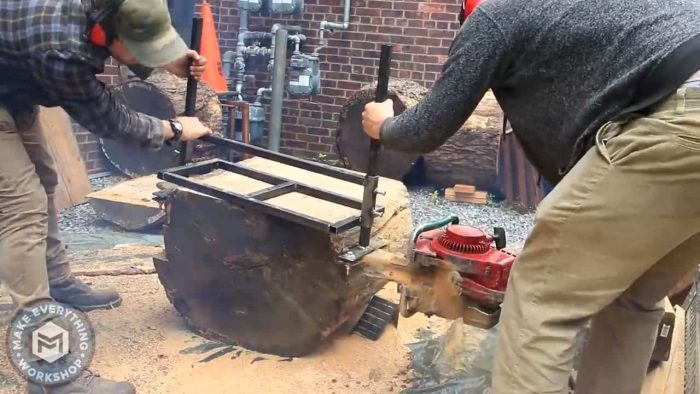 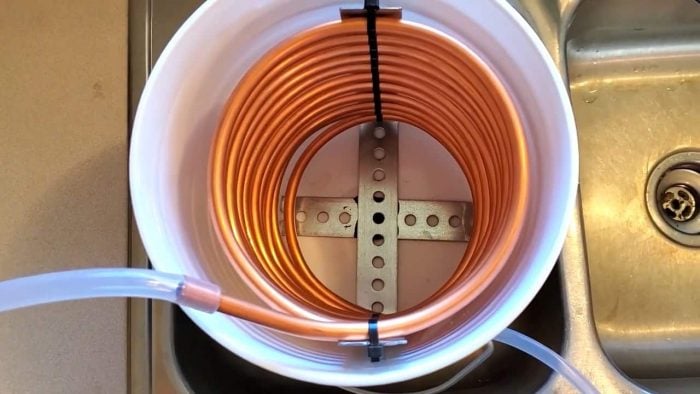 How to build a Simple and Efficient Homemade Water Distiller .Great for everyday use or in off-grid situations. 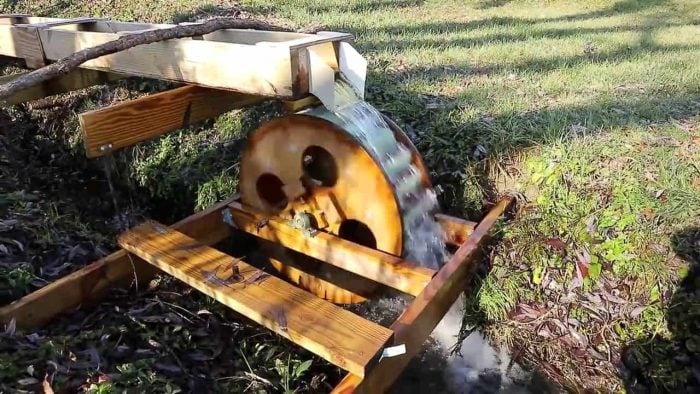 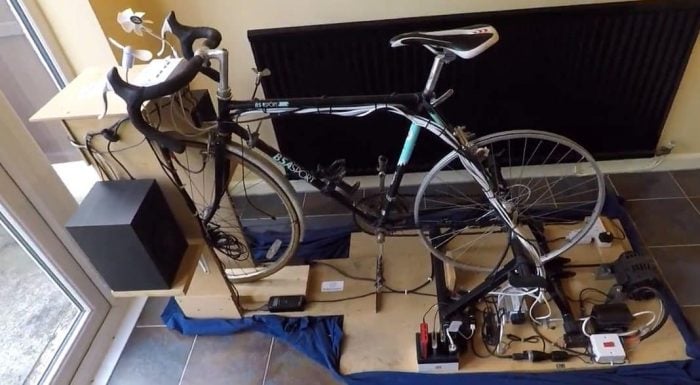 How to Generate Off Grid Power using a Car Alternator and an exercise bike. 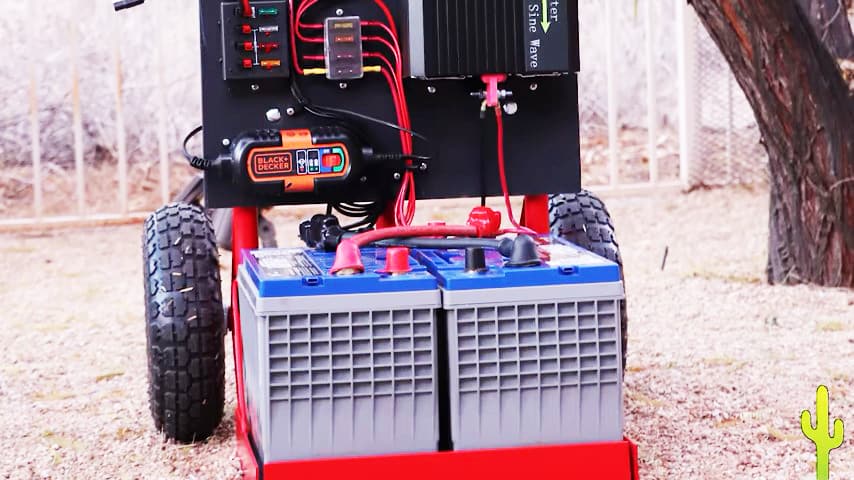 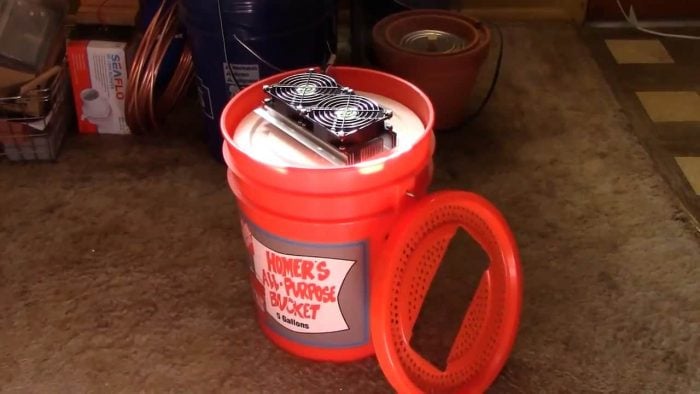 How to build a simple Off Grid Refrigerator using a 5 gallon bucket . No Ice Needed !! 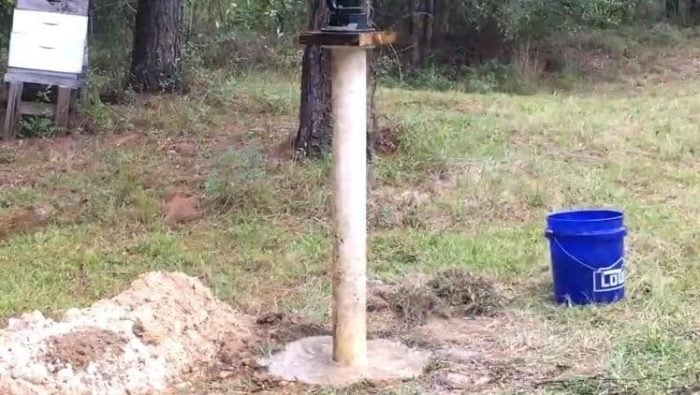 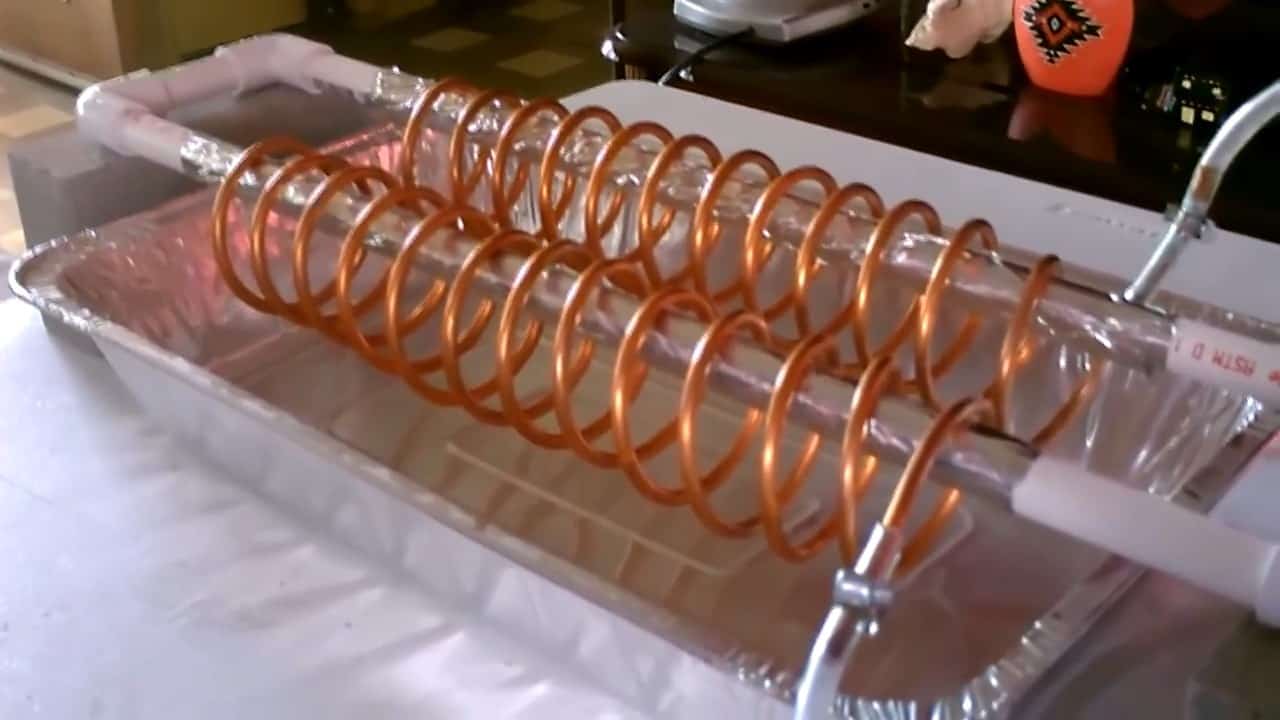 How to build a Homemade Atmospheric Water Generator . Produces/Extracts Distilled Water from the air 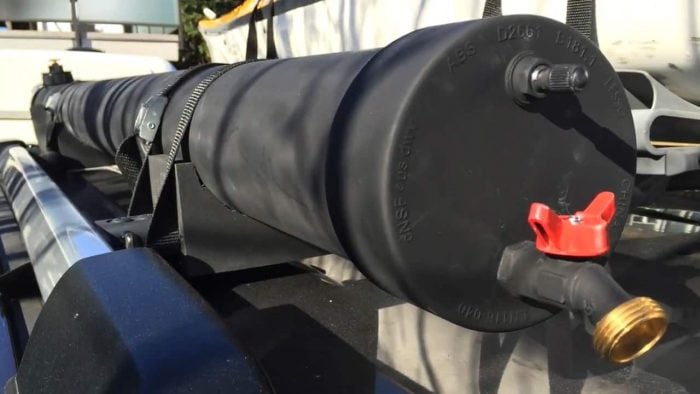 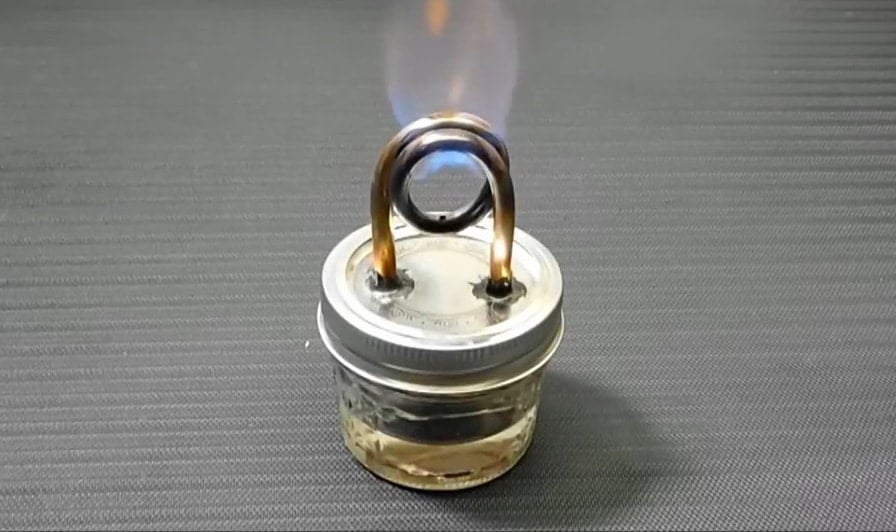 How to build a Simple and Efficient Copper Coil Burner Stove from start to finish. 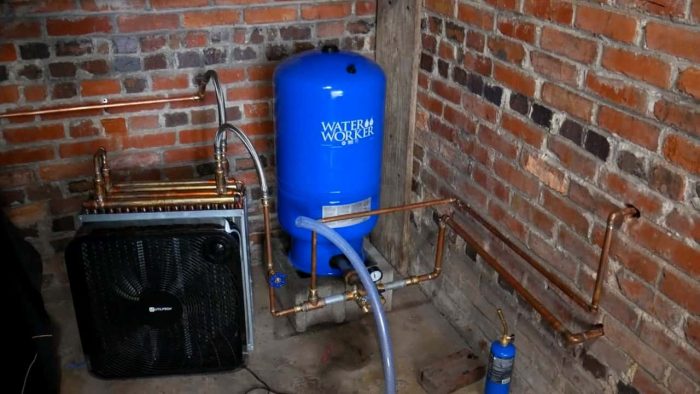 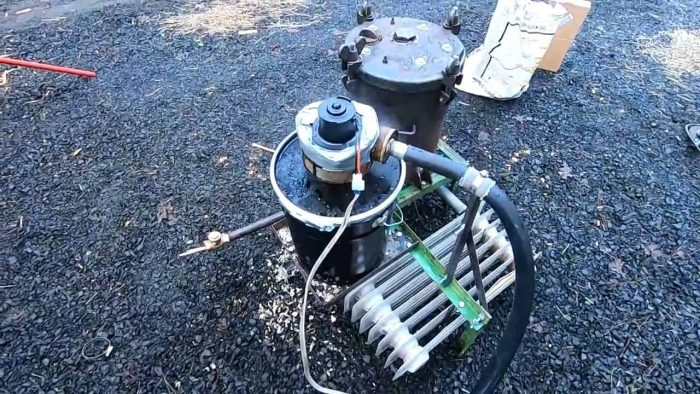